245 Hammersmith Road (formerly Bechtel House) creates a prominent architectural addition and sequence of new public spaces in the area’s Business Improvement District (BID). Rather than being a single structure like the former Bechtel House on the site, its design reduces the mass of the development by forming the building from two parallel wings that are connected by a central core, which houses circulation space and services. The external envelope of the development is characterised by the use of angled anodised aluminium window surrounds, which have been specified to create a dialogue with the architectural language of the adjacent Conservation Area where terracotta brick is commonplace. The angled aluminium panels in the façades are tailored to their orientation, minimising solar gain and providing dynamic elevations which respond to the changing levels of light during the day. 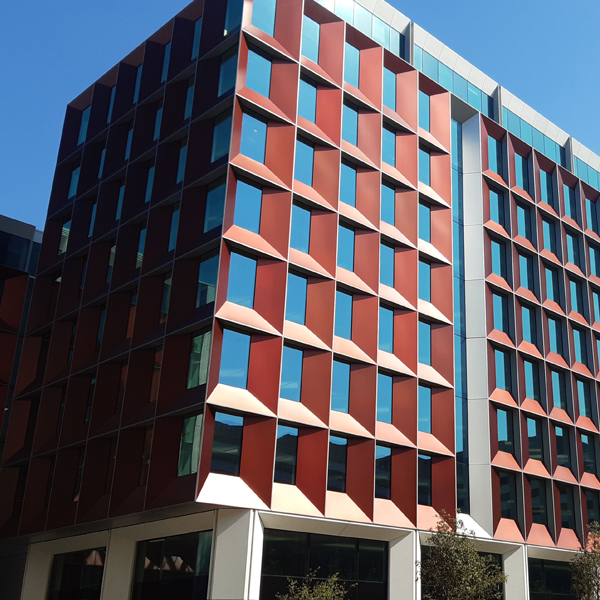 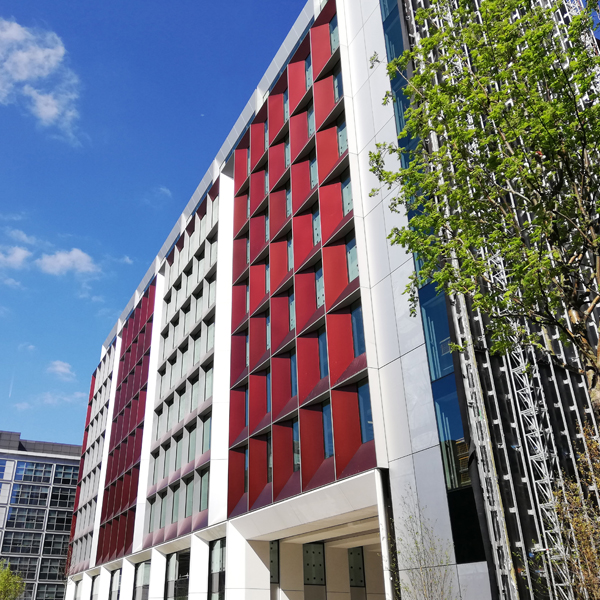 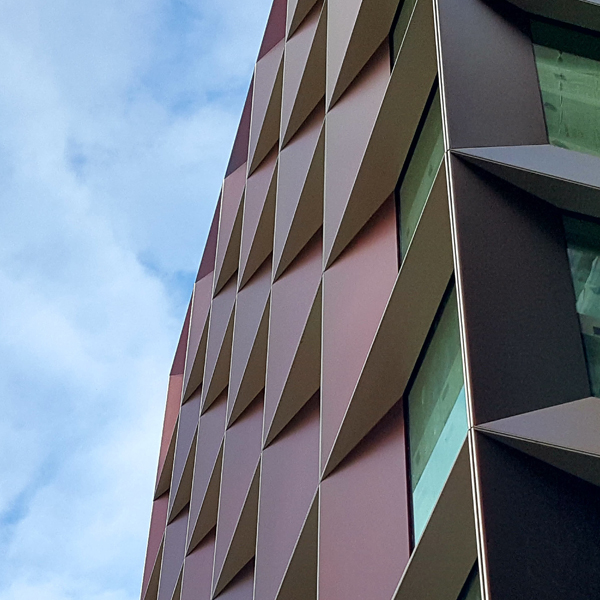